B.S. University of Wisconsin at Parkside, 2007

Professor Topczewski (Joe) was born in southeastern Wisconsin and grew up in the city of Racine. He attended the University of Wisconsin at Parkside and graduated in 2007 after conducting research with Prof. Lori Allen. Joe moved to the University of Iowa for graduate school and graduated in 2011. Joe worked with Prof. David Wiemer and synthesized many schweinfurtin natural products and analogues as part of a collaboration with the National Cancer Institute. During this time, he explored the utility of a cascade cyclization terminated by an electrophilic aromatic substitution. Joe was awarded a predoctoral fellowship from the ACS Medicinal Chemistry Division for this work. After graduation, Joe stayed in Iowa City for two additional years. During this time, he worked with Prof. Hien Nguyen to develop an enantioselective iridium catalyzed (radio-)fluorination. Joe also worked with Prof. Dan Quinn to develop new antidotes for sarin agents by re-activating AChE. After his wife Anna completed her degree, Joe moved to the University of Michigan and joined the lab of Prof. Melanie Sanford.  While at Michigan, Joe collaborated with Prof. Peter Scott and Dr. Naoko Ichiishi on new methods of radio-fluorination. A second project was funded (NIH-F32) and Joe shifted his attention to the C-H activation of piperidine derivatives.

In the summer of 2015, Joe moved to the Twin–Cities and started his independent career. At the University of Minnesota, Joe’s lab focuses on developing new and efficient methods of chemical synthesis. Joe is exceptionally passionate about developing highly selective reactions and on reactions that exploit dynamic systems. To this end, one major thrust of his lab's research involves the selective differentiation of allylic azides. Outside the lab, Joe and Anna love living in the Twin Cities. They enjoy gardening, walking our dogs, rooting for the Packers, visiting downtown, and playing the occasional board game. 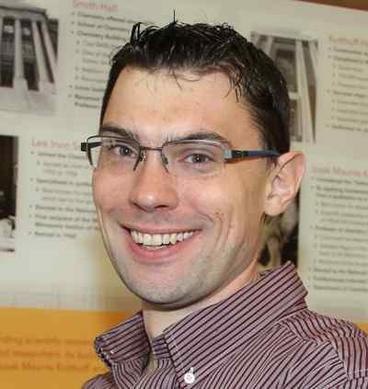